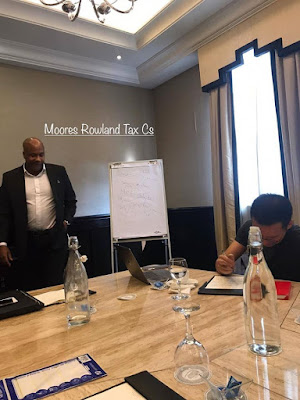 According to #CourtDocuments and statements made in court, Ivan Scott “Scott” Butler tried the usual tricks that many #internationalentrepreneurs #expats still think actually work including -

2. using nominees on corporations to receive his income

3. using precious metals (some given to friends and family for safe keeping)

5. concealing his assets in offshore insurance policies held in the name of non-U.S. insurance providers, disguising his ownership of the funds (aka #InsuranceWrappers)

BIRMINGHAM, Ala. – A Hoover, Alabama, salesman and tax defier pleaded guilty on Friday to tax evasion, announced Principal Deputy Assistant Attorney General Richard E. Zuckerman of the Justice Department’s Tax Division, U.S. Attorney Jay E. Town and Acting Special Agent in Charge, IRS Criminal Investigation, Atlanta Field Office, Andrew Thornton, Jr.
According to court documents and statements made in court, Ivan Scott “Scott” Butler was an automobile industry consultant and sold automobile warranties as an independent salesman. In 1993, Butler stopped filing tax returns and attended tax defier meetings and purchased tax defier materials. Starting in 1998, Butler used several Nevada nominee corporations to receive his income. In around 1999, Butler moved hundreds of thousands of dollars, some in precious metals, to bank accounts in Switzerland and concealed his assets in offshore insurance policies held in the name of non-U.S. insurance providers, disguising his ownership of the funds. Such accounts, which generally are used as investment vehicles, are commonly known as “insurance wrappers.”
In 2014, Butler converted some of his insurance annuities into precious metals, which were shipped to Butler and another individual in the United States. Some of those precious metals were given to friends and family for safekeeping. In total, Butler caused a tax loss to the Internal Revenue Service (IRS) of $1,093,400.
“Those who attempt to defy the laws of the United States, and believe themselves to be above complying with their duties as tax payers, will quickly find that no one is above the law,” Town said.  “The Department of Justice will continue to federally charge those who continue to do so.”
“At IRS Criminal Investigation, our top priority is protecting the integrity of our nation’s tax system,” Thornton said. “Today’s guilty plea should send a clear message that orchestrating a scheme to not file tax returns and conceal assets will result in your prosecution.”
U.S. District Judge Annemarie Carney Axon scheduled sentencing for June 24, 2020. At sentencing, Butler faces a maximum sentence of five years. Butler also faces a period of supervised release, restitution, and monetary penalties.
Principal Deputy Assistant Attorney General Zuckerman and U.S. Attorney Town commended special agents of IRS-Criminal Investigation, who conducted the investigation, and Senior Litigation Counsel Nanette Davis of the Tax Division and Assistant U.S. Attorneys Allison Garnett and Robin Mark, who are prosecuting the case.
Additional information about the Tax Division and its enforcement efforts may be found on the Division’s website.