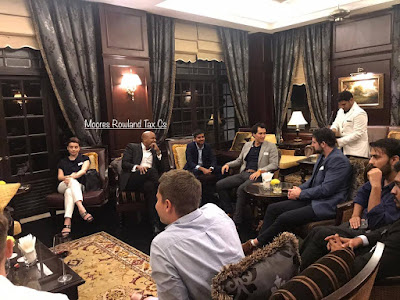 Gamers (and their parents) can finally breathe a sigh of relief: Fortnite virtual currency is not taxable.


The IRS has been increasing awareness on virtual currency and, in recent months, emphasized that taxpayers may have reporting requirements when buying, selling, trading, or otherwise dealing in cryptocurrencies like Bitcoin. The IRS is so serious about it that a question about cryptocurrency now appears on your federal income tax return.

But Roblox and V-bucks? Roblox is the name of an online game where users can buy upgrades for avatars or special abilities in games using proprietary Robux. V-bucks are a similar in-game currency for the popular game, Fortnite. As with Robux, V-bucks can be used “to purchase things like outfits, pickaxes, wraps, emotes and Battle Passes.”

The same basic principles apply to in-game currencies. While you can typically buy them with US dollars, you usually can’t freely use or exchange them outside of the game, making them non-convertible. The IRS guidance for virtual and cryptocurrency - so far - only applies to convertible currencies.


The IRS will, no doubt, continue to issue guidance - and occasionally falter - as the ways that we continue to think about currency and value changes. For now, the rule is this: if a virtual currency, including digital currency and cryptocurrency, is convertible, meaning that it has an equivalent value in real currency or acts as a substitute for real money, then it is treated as a capital asset. That means that it may be reportable and taxable. For more information, check out the IRS FAQ and this article.

What is Virtual Currency?

Virtual currency is a digital representation of value that functions as a medium of exchange, a unit of account, and/or a store of value. In some environments, it operates like “real” currency (i.e., the coin and paper money of the United States or of any other country that is designated as legal tender, circulates, and is customarily used and accepted as a medium of exchange in the country of issuance), but it does not have legal tender status in any jurisdiction. Cryptocurrency is a type of virtual currency that utilizes cryptography to validate and secure transactions that are digitally recorded on a distributed ledger, such as a blockchain.


The IRS issued IRS Notice 2014-21, IRB 2014-16, as guidance for individuals and businesses on the tax treatment of transactions using virtual currencies.


The IRS also published Frequently Asked Questions on Virtual Currency Transactions for individuals who hold cryptocurrency as a capital asset and are not engaged in the trade or business of selling cryptocurrency.
More Information


For more information regarding the general tax principles that apply to virtual currencies, you can also refer to the following IRS Publications: