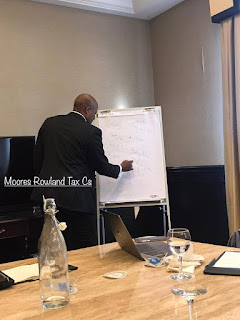 On February 18, the EU Council confirmed that the Cayman Islands had been added to the EU's official list of non-cooperative jurisdictions for tax purposes, commonly referred to as the “EU blacklist”. This is a significant development, but generally speaking in the short term it is not expected to give rise to any immediate adverse tax consequences. Any longer term impact will depend both on
·                  whether this turns out to be a temporary or more permanent status and
·                  investor perceptions, particularly for EU based investors.

Q. What is the EU blacklist?
A. The stated purpose of the EU blacklist is to assist EU Member States in taking a more robust approach towards jurisdictions which are perceived to be encouraging so-called abusive tax practices. The objective is said to be to encourage cooperation from the listed jurisdictions rather than to name and shame them.

Q. What are “abusive tax practices”?
A. In general terms, they are tax regimes which provide for a low or zero rate of tax without requiring a sufficient degree of connection to, or substance in, the relevant jurisdiction, or which do not provide for an adequate degree of transparency, or which do not correspond to internationally accepted principles of profit determination.

Q. Why have the Cayman Islands been added to the blacklist?
A. Although the Cayman Islands has recently introduced economic substance requirements for certain Cayman entities, the EU believes that these requirements are insufficient, specifically in the area of collective investment schemes.
http://www.mooresrowland.tax/2019/11/economic-substance-in-cayman-islands.html

Q. In general terms, what are the consequences of the Cayman Islands being added to the blacklist?
A. Access to EU governmental funding may be restricted, which is unlikely to be material to commercial clients. There may also be increased administrative disclosures required in EU Member States in relation to transactions involving Cayman entities (for example, targeted questions in EU Member State tax returns, or increased requirements for reports under the “DAC 6” mandatory disclosure regime). Otherwise, the EU has recommended that EU Member States implement at least one of four possible defensive tax measures by January 1, 2021:

·        withholding taxes on payments from entities in EU Member States to blacklisted jurisdictions,

·                  loss of tax deductions on payments from entities in EU Member States to blacklisted jurisdictions,

·                  enhanced requirements for CFC inclusion under the laws of EU Member States of the profits of entities in blacklisted countries, and

Nevertheless, the EU has stated that it will review the position in 2021 and, over time, more coordinated action on tax measures in relation to blacklisted jurisdictions is possible.

Q. Are there any likely immediate tax consequences of which the funds industry should be particularly aware?
A. We believe that, generally speaking, it is unlikely that there will be any immediate tax impact for fund structures which include Cayman entities. The most significant of the EU recommended measures - imposition of withholding taxes and loss of deductions - might typically arise on a payment by a fund subsidiary to a parent fund. However, based on conversations with counsel in Luxembourg and Ireland, two jurisdictions which are often utilized by Cayman funds as platforms or holding companies for European activities, there will be no immediate technical impact.

Nevertheless, it is possible that, in specific cases, payments by portfolio companies to EU blacklisted parent entities, or lenders, could also be or become an issue. In addition, EU investors in Cayman funds could potentially suffer adverse consequences under their home country CFC regimes, if the relevant Member State implements that applicable EU recommendation and, in any event, the blacklisting may affect investor perception of structures which include Cayman entities. Sponsors that have agreed to side letter provisions relating to blacklisted or non-cooperative jurisdictions will also need to consider those on a case-by-case basis. There may also be enhanced reporting requirements, including under DAC 6. From a European regulatory perspective, it’s worth noting that this development is not expected to directly impact the ability to market Cayman investment funds in the EU in accordance with existing National Private Placement Regimes.

Q. What is likely to happen next?
A. We would expect the Cayman Islands to take all necessary steps to satisfy the EU Council that it should be taken off the blacklist. We believe that the earliest possible opportunity for this is likely to be later in 2020. The result may be increased substance requirements for funds or SPVs established in the Cayman Islands. Any other longer term impact of the listing, assuming it is temporary, is likely to depend principally upon any lasting effect on investor perception of the Cayman Islands as a fund jurisdiction.

Tax implications in the Netherlands
Individual nations also have a blacklist.  For example, the Netherlands has a blacklist for jurisdictions without a statutory profit tax and states with a statutory profit tax rate of less than 9%. The Dutch blacklist also includes non-cooperative jurisdictions identified by the EU. The effects of being on the Dutch blacklist are:
·        the application of controlled foreign company (CFC) rules effective 1 January 2019 (subject to certain conditions);

If Cayman Islands, Palau, Panama and Seychelles will remain on the EU list of non-cooperative tax jurisdictions during the remainder of 2020, they will (remain to) be included in the Dutch blacklist for the entire year 2021 when the annual revisit of the Dutch blacklist effective the following calendar year takes place.