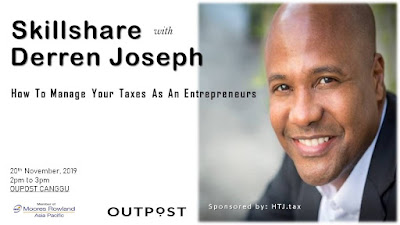 
It is not only important where a company is incorporated but where "management and control" is exercised.  This is something that often catches #entrepreneurs or #locationindependent #businessowners by surprise.
.
So even if your company is incorporated in the #BVI or #HongKong, if you as the key decision maker are based in #Australia and are #taxresident in Australia then the world wide income of that company may be taxable by the #ATO
.
Another reason why having proper advice is super important when running a company

Australia's double taxation treaties (DTTs) generally contain 'tie-breaker' clauses for dual-resident companies, although these provisions will be replaced in some of Australia's treaties because of Article 4 of the Multilateral Instrument.

Tax is not imposed upon the incorporation of companies, other than nominal administrative charges levied by the Australian corporate regulator (ASIC). Administrative charges also apply to the registration of foreign branches. Foreign companies carrying on business through branches in Australia are required to register with ASIC.

Australia's tax rules generally do not differentiate between operations conducted through an Australian subsidiary or the Australian branch of a foreign company; both are subject to the (currently) 30 per cent company tax rate (27.5 per cent for small companies). An Australian-resident subsidiary of a foreign company with offshore investments, however, pays tax on worldwide income (subject to the conduit foreign income rules – see below), whereas a branch of a non-resident company is only taxed on Australian-sourced income. Subsidiary company profits on which tax has been paid in Australia can be repatriated as dividends free of Australian dividend withholding tax, and Australia does not impose a branch profits tax on the repatriation of branch profits.

Australia's DTTs generally allow source country taxing rights where a treaty resident carries on business through a PE in Australia. In determining the taxable income of a branch, Australia's treaties require use of arm's-length principles. Australian domestic law specifically requires the application of the principles set out in the OECD Transfer Pricing Guidelines.

Non-residents are generally taxed in Australia by reference to Australian source, which can be established through carrying on business in Australia. General law rules determine the source of income, and indicators include the place where contracts are concluded or performed and the place where business decisions are made. The use of an agent in Australia, particularly a dependent agent such as an employee, can locate the activity and therefore the source of income in Australia. Various other factors can also be relevant in particular cases, such as the residence of a debtor in the case of interest income and the location of a share register in the case of dividend income.

Residents of countries with which Australia has concluded a DTT are generally protected from Australian tax on business income (other than dividends, interest and royalties) if they do not carry on business through a PE in Australia.