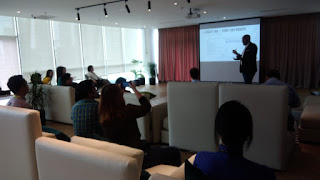 On April 2, 2018, the United States Supreme Court denied the petitioners’ request for a Writ of Certiorari to review the ruling of the U.S. Court of Appeals for the Sixth Circuit in Crawford v. United States Department of the Treasury, 868 F.3d 438 (6th Cir. 2017).The core issue in this petition was whether the Sixth Circuit erred by holding that Petitioners lacked standing in challenging the constitutionality of the Foreign Account Tax Compliance Act (FATCA).

By declining to hear this matter, the U.S. Supreme Court effectively validated the district court’s earlier ruling (discussed here) that denied the plaintiffs’ claims. As is customary with respect to petitions for certiorari, the Court did not provide reasons for its decision.

A push to repeal or significantly scale back the reporting burdens imposed on U.S. taxpayers residing abroad had been included in the Republican Party election platform in 2016 (see page 12, under “The Fourth Amendment”). Moreover, Senator Rand Paul (R-KY), who was also part of this unsuccessful lawsuit, tried to include FATCA repeal in tax reform legislation last year. However, these legislative efforts also failed and the tax bill signed into law on December 22, 2017 and known as the Tax Cuts and Jobs Act was enacted without changes to FATCA