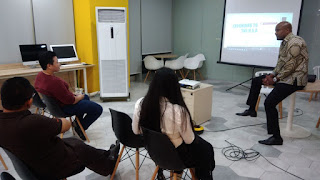 The IRS is hiring and training more than 3,000 agents to enforce its Foreign Account Tax Compliance Act (FATCA).   If your US tax team is unfamiliar with International Tax Issues, you may be putting yourself and your business at risk.

Validating tax information, especially for global partners, can reduce the likelihood of paying out to “suppliers” who are actually fraudsters or criminals. The IRS is also making Form 1042-S filings part of the standard tax return examination. Organizations are generally aware of the need to report 1099 income, but it seems that many are not so aware of the even greater compliance required for reporting payments made to foreign entities.

Form 1042-S payments are subject to withholding. The withholding level is:

Form 1099 is one of several IRS tax forms used to prepare and file an information return to report various types of income other than wages, salaries, and tips (for which Form W-2 is used instead). Form 1099-MISC is a variant of Form 1099 used to report miscellaneous income. As a general rule, if the person receiving the withholdable payment is a nonresident alien, Forms 1099 and 1099-MISC should not be used, and instead Form 1042-S should be used.

It is important to note that Form 1042 is not merely the nonresident payee analogue of Form 1099. There are a few important differences:

Form W-2 is issued for work done as an employee to all US citizens and residents and is issued to foreign employees who either don't fall under a tax treaty, or whose earnings exceed allowable maximums of a tax treaty. Form 1042-S is not used only for