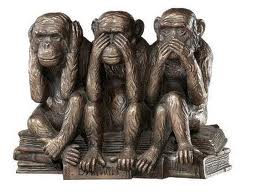 So much of the discussion around the IRS amnesty initiatives lies in the concept of "Willfulness". While nothing here should be construed as legal advice, here are some key points to consider -

o Court focused on willful blindness despite ample evidence of willfulness
o The Court stated that the fact that Williams admitted he never read, the FBAR form or line 7a of the tax return, and "never paid any attention to any of the written words on his federal tax return," constituted a "conscious effort to avoid learning about reporting requirements."
o The Court equated “reckless conduct” with willful blindness– an approach rejected by the Supreme Court

o McBride lied about key details to the IRS during the course of an audit, withheld information, and made contradictory statements
o McBride read some of the marketing materials which informed him of the duty to report foreign accounts
o McBride used nominee entities to move U.S. revenue offshore
o His stated purpose of entering the financial plan was to make it appear that he did not have a financial interest in foreign accounts that he had established by creating nominee corporations to hold the accounts.
o His initial reaction to the promoter when told about the details was “This is tax evasion.”
o McBride’s partner’s accountant expressed concerns about the plan, but McBride did not discuss the plan with his own accountant


Non-Willfulness: Will You Know It When you See It?

o Self
o Tax Preparer
o Was it filled out, and sent back?

o If yes, what did you say?